After leaving the JW Marriott Hotel in Guanacaste, our Costa Rica tour took us south towards the province of Puntarenas where we get to enjoy a guided tour of Manuel Antonio National Park. Along the way, we stopped to take a bird-watching riverboat cruise on the Tarcoles River (Rio Grande de Tarcoles), which was next to the Carara Biological Reserve.

Also known as the River of Crocodiles, this Tarcoles River area of mangrove forest is literally a bird watchers’ paradise for anyone who loves birds. 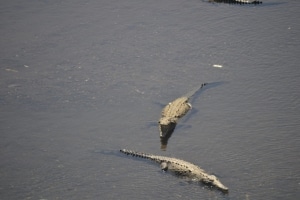 Our tour guide Paul gave us a bird guidebook that had photos of no less than 58 different bird species that can be found in the area. I’m sure we saw nearly 2-dozen of them including the Scarlet Macaw. Many of the birds migrate here from the United States and other parts of Central America. We also saw dozens of caiman (crocodiles), plus green turtles, iguanas, water walking lizards, and even a boa constrictor nestled in the riverbank!

We then headed down to Manuel Antonio National Park to stay at the Hotel San Bada, the Park’s closest hotel, right next to the park’s entrance. San Bada was uniquely situated, backed up against the rainforest and overlooking the Pacific Ocean. A 3-foot lizard greeted us as we came into the hotel and just before dinner we watched a 10-minute video (another video produced by Caravan Tours) on the uniqueness of Manuel Antonio National Park. This gave us a lot of background information about what we would be seeing on our guided rainforest tour tomorrow.

Our most unique greeting here at San Bada Hotel, however, was perhaps the very loud wakeup call we got just before daybreak from the local howler monkeys (it seemed like they were just outside our window and my son even got up to go check). Although the howler monkeys were well camouflaged in the Manuel Antonio Park rainforest it certainly wasn’t a problem hearing them. 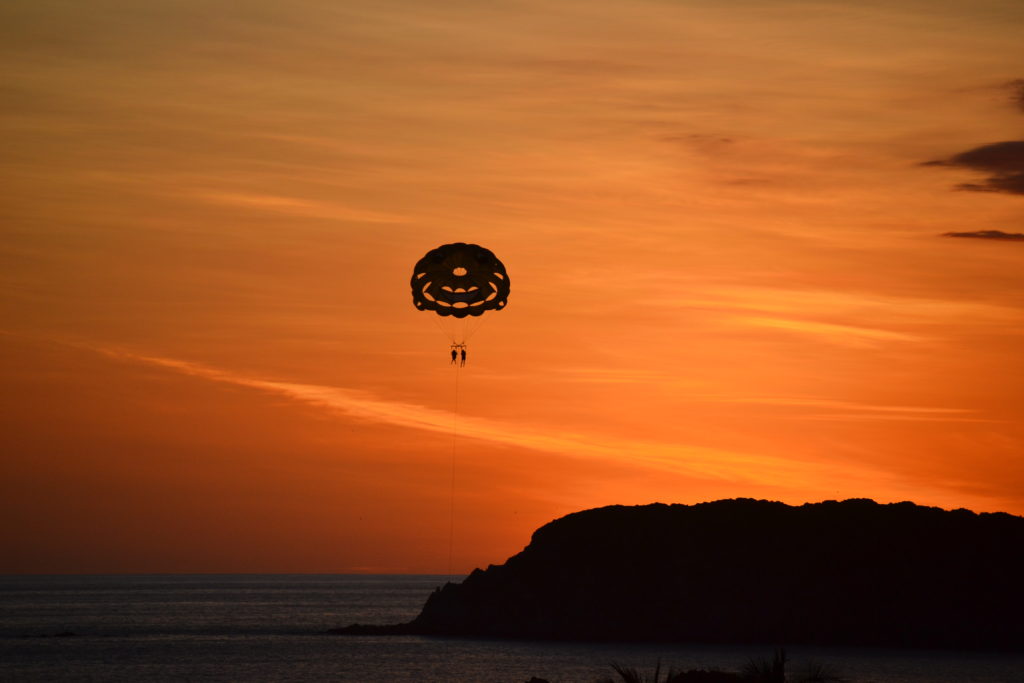 The San Bada Hotel is also quite close (just 4 minutes) to the local beachfront and open vendors in the area so we did get a chance to walk along the beach and do a little souvenir shopping before dinner. The top floor of the San Bada hotel includes a swimming pool, a wet bar, and an incredible observation deck with a perfect view of the Pacific Ocean. Before retiring we enjoyed a free open bar and an absolutely beautiful view of the bay. With Manuel Antonia Park right behind us and an incredible Pacific Coast Lagoon before us, it doesn’t get any better than this! We even snapped a photo of someone double parasailing with an amazing Pacific Ocean sunset as a backdrop (see photo above). 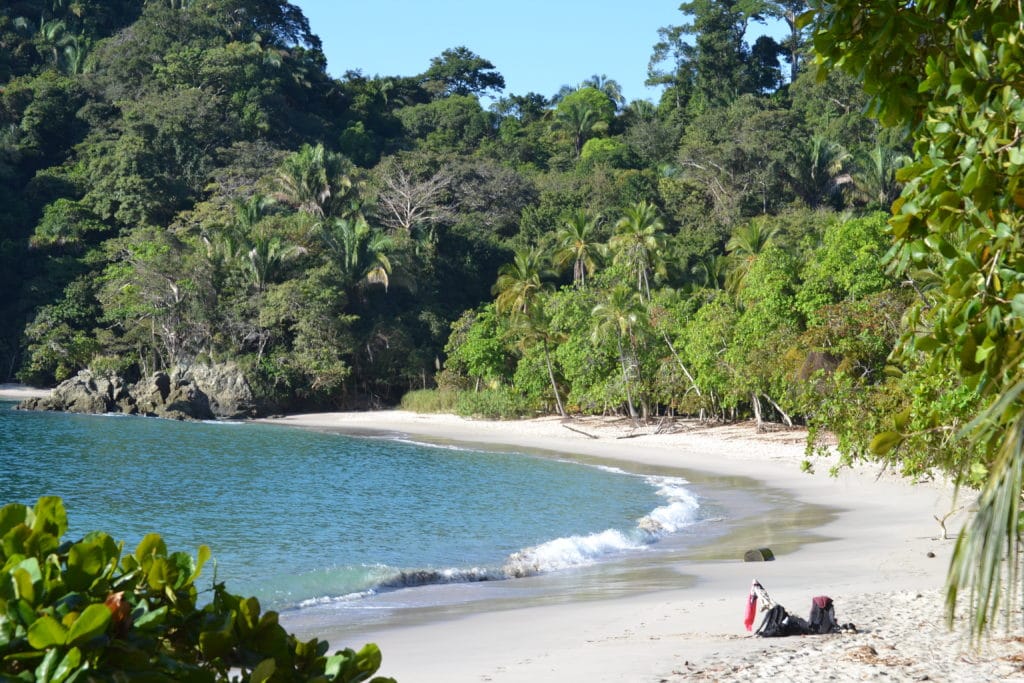 Our tour guide Paul took us up to two different lookout points (overlooking the bay and beach area) as well as a quick hike down to the lagoon with an expansive white sandy beach. Paul gave us a very informative tour with detailed explanations of the different kinds of flora and fauna of the primary and secondary forest in Manuel Antonio, as well as information about the wildlife we saw including howler monkeys, toucans, bats, turkey vultures, lizards, a leafcutter ant nest, the 2-toed sloth, and the 3-toed sloth. Many of the Manuel Antonio Park animals were so well camouflaged that getting a good close up photo was nearly impossible (unless you have a telephoto lens) and certainly would have been missed without Paul’s help. 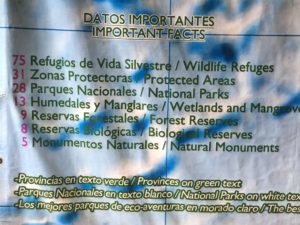 Following the Manuel Antonio rainforest hike, we had time for a quick lunch before heading off to take a guided aerial tram ride through the rainforest canopy not far from Jaco, Costa Rica. The tram offered exceptional views of the dry rainforest, the transitional forest, and the valley below, as well as a close-up view of a mountain waterfall.

At the beginning of the tram ride they had posted some important facts about Costa Rica and how 34% of the country was protected:
– 75 Wildlife Refuges
– 31 Protected Areas
– 28 National Parks
– 13 Wetlands and Mangrove Forests
– 9 Forest Reserves
– 8 Biological Reserves
– 5 National Monuments

We absolutely love this area of Jaco and we’re so glad that Caravan included Manuel Antonio Park as part of their Costa Rica tour. So sad that we have to go back to our last hotel in San Jose to spend a final night before our flight back to Canada. Along the way, our guide Paul made a formal announcement that Costa Rica’s Turrialba volcano (just 8-miles east of San Jose) had a small eruption the day earlier. Although westerly winds had blown volcanic ash towards the airport, only a few flights had been delayed or canceled. Thankfully, the wind direction had changed so the ash was blowing in the opposite direction from the airport.

We were able to check online and were relieved to find that our flight would be leaving Costa Rica as scheduled.

To learn more about this Caravan all-inclusive tour click here.